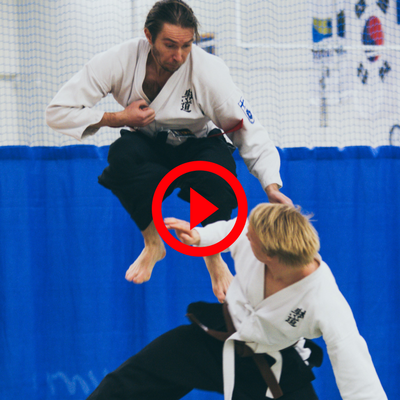 Taido is a semi contact sport. A taido match is won the competitor, who is either the first to score a full point (ippon), or has more points when the time ends. A good hit must have proper and legal technique, timing,  target, contact and kiai (a shout accompanying the strike). The head is not a valid target. Also, hits must not knock out the other person, but simply indicate the weak point in the opponent’s defence.

A kick or a punch is worthy of ippon when it is performed from proper taido movement, has control, lands on the opponent ’s torso and is finally followed by and immediate retraction ad return to one’s original position. Failing these, an imperfect hit can however merit a half point (wazari) or a quarter point (yuko).

Warnings are given for improper and bad movement, poor basic stance, wrong target area for strikes or physical damage to the opponent. Typical of a taido match is the constant movement, used for maintaining good distance to the opponent and gaining a feasible offensive position. Turning and twisting moves, acrobatics and shifts in body axes are an integral part of a taido match.

There are no weight classes in taido, because a taidoka must be able to fight against all and any kinds of opponents